Below is one of my personal favorite passages from Pan & Puck, the novel I’ve just released. This scene takes place in Chapter 7, just before the adventure takes a rather unexpected twist that leaves all five heroes in a bind.

You can buy the entire book here!

Let me know how you enjoy it!

P.S – I know it might read more easily transcribed, but I really love the way the finished paperback edition turned out, so I took screen shots of the actual text from the book. Hope that doesn’t make it less legible or easily readable for you! 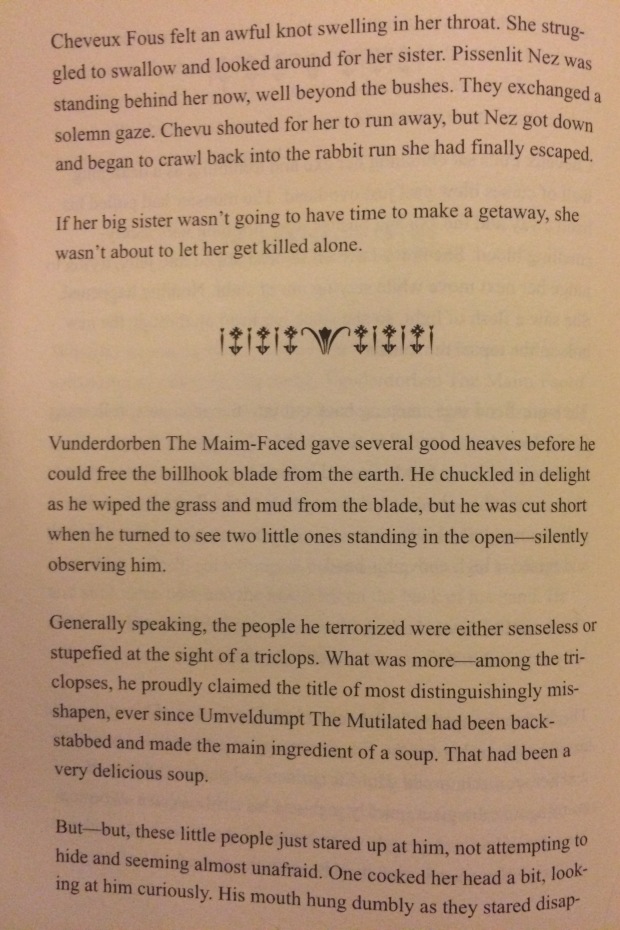 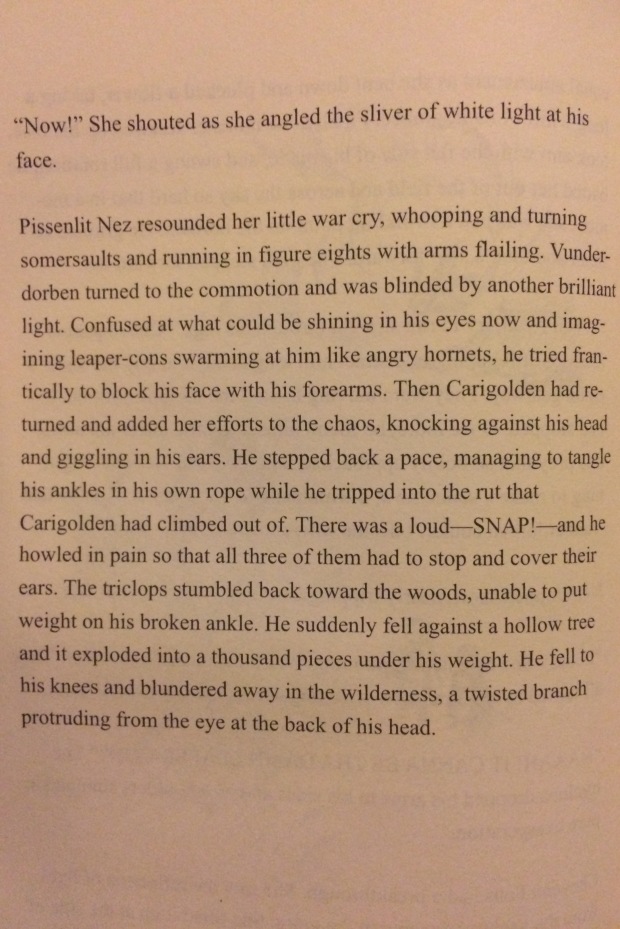 PROTEIN
_________
“He was supposed to be our commencement speaker,” said Sandra.

“So you didn’t get a commencement address?”

“Oh, we got one. Dr. Breed, the one you’re gonna see tomorrow, he showed up, all out of breath, and he gave some kind of talk.”

“He said he hoped a lot of us would have careers in science,” she said. She didn’t see anything funny in that. She was remembering a lesson that had impressed her. She was repeating it gropingly, dutifully.

“He said, the trouble with the world was …”
She had to stop and think.

“The trouble with the world was,” she continued hesitatingly,

“that people were still superstitious instead of scientific. He said if everybody would study science more, there wouldn’t be all the trouble there was.”
“He said science was going to discover the basic secret of life someday,” the bartender put in. He scratched his head and frowned.

“Didn’t I read in the paper the other day where they’d finally found out what it was?”

“I missed that,” I murmured.

“About two days ago.”

“What is the secret of life?” I asked.

“They found out something about protein.”

I recently reviewed Vonnegut’s Slaughterhouse-Five on the blog, and everyone shouted loudly that I must read Cat’s Cradle, which I am happily diverting from my 55 List to indulge. As I mentioned before, Vonnegut gets us comfortable, speaks to us disarmingly and then makes a silly character of all of our presumptions and standards. He says, “look, I can show you the epitome of our social normalcy, and I can damn everything about these religions and this science and this culture. It’s all rotten.”

That’s what I like about this tiny chapter. It makes a perfectly poignant, stand-alone social commentary on how easily we can assume that science can replace religion, which can replace engagement. Apparently if we understand the “how”, we need not understand the “why”.

Religion is, by definition, systematization and lifestyle adherence to a standardized philosophy. It often gives us answers which have been pre-reasoned for us. We are asked to simply concede their apparent truth. Science often attempts to walk a similar line, replacing the “here’s why” with a “here’s how.” Just because something is presented to us systematically does not invalidate it, but there is always paradox and apparent holes.

Vonnegut’s constant hostility toward these forms seems to come almost solely from his perspective on their complete lack of moral sustenance. Surviving WWII, his confidence in the integrity of most social institutions was utterly destroyed. He is able to look at Christianity and democracy and science through the lenses of Hiroshima and genocide, and his arguments are pretty convincing. Humanity is implicit in evil, Vonnegut is a grinning rebel against responsible parties, and his claim is that your religion and your scientific discoveries are worthless without moral bearings to reel them in.

What Christians Can Learn From An Atheist

Masanobu Fukuoka And The Philosophy Behind The Science

I read, I write, I watch things grow. Fond of a good story. Living a great story.